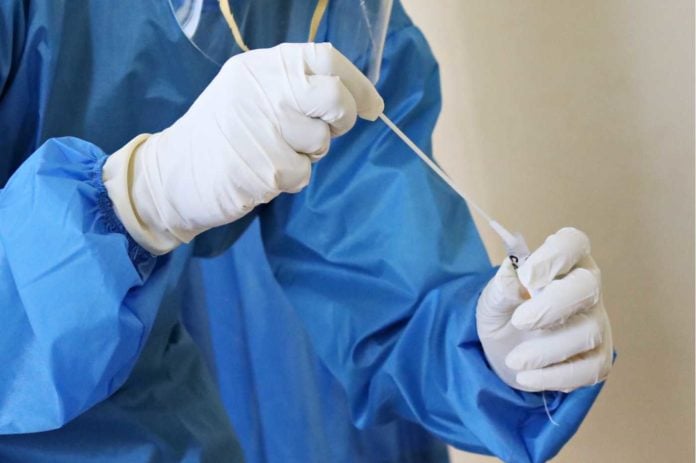 Governments are looking for ways to reopen the economies safely and Paper or Digital Health/Immunity passports are considered the ideal solution. Individuals previously infected by SARS-CoV-2 and supposedly immune will be allowed to return to work and go back to normal life. Immunity certifications are being heavily discussed and even tested in many countries such as Germany, Italy, the UK, the USA, and Chile.

A trial just started in the United Kingdom for passengers traveling on United Airlines flights from Heathrow to Newark in the United States. During this trial, the passengers will have to undergo a COVID-19 test up to 72 hours before the departure. Results will be logged into a smartphone app and scanned by airline staff and border officials.

During the great plague that ravaged Europe in the 17th-century, Immunity passports were already provided to travelers. The difference is that they were paper form and did not allow them to track citizens.

The road to hell is paved with good intentions. Nowadays, technology can be used to potentially open the door to a dystopian society where privacy and freedom could be sacrificed on the public health altar.

His goal was to find a correlation between the environment and the development of democracy. The environment will influence how politics was held and even their own autocratic or democratic natures.

Nothing has changed, and Montesquieu’s early theories never seemed so true. Digital health passports could either be a blessing or a curse. The difference will lay in how societies will use them and to what extend.

In April, The World Health Organization warned against the use of such certificates to allow workers to go back to work safely once SARS-CoV-2 antibodies have been detected. The WHO recommendation was based on the fact that it was not known if individuals with antibodies could be reinfected at that time.

At the time of this writing, it is now an established fact that the same individual can be reinfected two times by COVID-19. Even though rare, reinfection can occur. As the pandemic continues to spread, no doubt that reinfection will be seen.

Brown et al. recently published an article in The Lancet dealing with immunity passports’ scientific and ethical issues. COVID-19 is a new disease, and new scientific discoveries are made on a nearly daily basis.

To date, even if we can not deny that previous exposure to SARS-CoV-2 will provide some form of protection against reinfection, the degree of immunity induced is not well established neither the duration of immunity. Contrary to SARS or the Middle East Respiratory Syndrome (MERS), seasonal Coronaviruses immunity is generally short.

Even though a former COVID-19 is not a guarantee of never being infected again, studies showed that the second infection would likely be less severe. The immunological response is very dependent on each individual. Providing a “one size fits all” passport does not appear as scientifically justified. Vaccines are still in development, but one ready could provide a more uniform signal to base an immunity passport on.

The scientific basis of Health Passports lies on the assumption that the serological tests used to measure SARS-CoV-2 antibodies are reliable. The serological assays’ performances are somehow highly heterogeneous and lack specificity and sensibility. False-positive results will lead people to assume that they are immune when they are not, and false-negative results will label immune individuals as not being immune.

Could the immune status of an individual be weaponized? This is what Kofler and Baylis suggest in an article published in the prestigious scientific journal, Nature. They gave the example of Yellow Fever in Louisiana in the nineteenth century, where immunity to the disease was used to justify white supremacy.

Increased policing is the inevitable consequence of increased fear and monitoring. This could lead to racial, sexual, and religious profiling. People from Asia have been increasingly threatened, and, in China, all African nationals had to be tested for the virus.

Practically, the number of tests needed will far outreach production capabilities. For example, it will take more than 15 months to test the German population considering that the country is supposed to receive 5 million test kits per month from the company Roche. The lack of access to testing will unequivocally lead to unfair access and increase the social gap between the poor and the wealthy.

Without free and universal access to the vaccine, it is to fear that health information will be used to discriminate against individuals according to their immunological status and create new distinctions between the immunoprivileged and the immunodeprived. Citizens from countries without access to testing will be banned from traveling, which will contribute to reinforcing inequalities.

ARE WE READY TO SACRIFICE PRIVACY? THE CHINESE EXAMPLE

Social distancing applications are now available to help you keep safe distances. Governments back up numerous Covid Tracker apps. Most of them are installed voluntarily. Still, some countries make them mandatory to use, such as Algeria, China, India, Israel, Qatar, Saudi Arabia, Thailand, Turkey, and the UAE. We will use the Chinese system as an example of an effective health screening app. but with the potential to monitor the population in real-time even after the end of the pandemics.

In China, the use of the Health Codes App started in February in Hangzhou to limit the spread of the virus. A Green QR Code meant the individual was free from the virus, and orange or red codes were respectively synonyms of a 7 or 14 days quarantine.

In Shanghai, the Suishen Code is used by 34 million inhabitants and visitors. Gradually, new functionalities were added to the system, such as the ability to pay, book an appointment at the hospital, rent a book at the library….the list is growing every day.

In China, the system was useful in containing the spread of the virus. No doubt about that. The main concern is that the local authorities have plans to continue using the system even after the COVID-19 outbreak and expand the number of functionalities.

More than a virus tracker, the platform could be used as a fully integrated Digital Health platform, recording data impacting users’ health, such as sleep patterns or smoking habits. When coupled with a payment system, it will become easy to score the people depending on their purchase of alcohol, cigarettes, junk food. Coupled with a payment system, the app also to easily identify who breaks the quarantine requirements.

Data from the GPS tracking are also used to check for contacts with potentially infected people and, in return, potentially change your Digital Health Status.

In the UK, the company V-Health developed a system based on the Chinese app but goes one step further as its immunological status is regularly checked. The system goes in the opposite direction and is more designed at preventing the spread of Covid-19 than to check the presence of SARS-CoV-2 antibodies. Following a negative antibody test, the system will generate a QR code, well a VCode that can be scanned from a safe 2 meters distance. The system has been offered to have access to various places.

Mitigating the spread of the virus while ensuring privacy: Is-it really possible?

Among others, the tourism industry suffered a lot from the COVID-19 pandemics. Digital Health passports are being proposed for places like Sardinia, Italy, Greece, Chile,…Health checkups will become the norm at airports, thus increasing the waiting time.

Even if the momentum goes toward the use of Bluetooth anonymous technologies, the development of immunity passports will have serious consequences on the individual rights of the populations.

At this stage, nobody knows exactly how to deal with COVID-19 will it be regarding economics, privacy, and public health. Every country is searching for ways to reopen the economies safely and deal with a virus that is still very unknown to humanity. Balancing different needs is always a complex task, but we have to take care to find solutions that will preserve the common good while preserving the privacy and individual rights of the citizens.