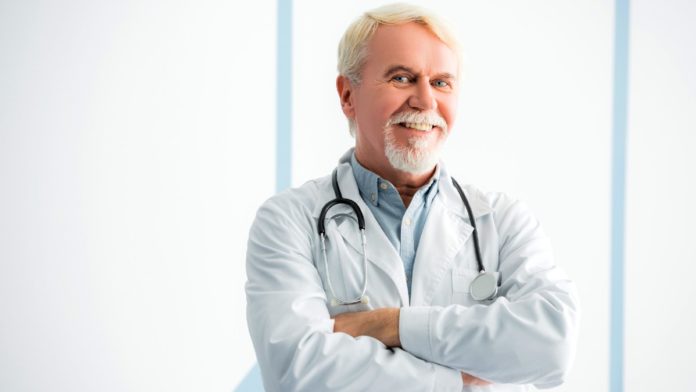 3M™ Littmann stethoscope is a brand known globally. Their stethoscopes are used all over the world. They come in both traditional (bell) and modern single-sided designs. Doctors enjoy all the great benefits that come with these particular stethoscopes, especially the high-quality amplified sounds. In this article, we will take a deeper look at these fantastic devices that makes diagnostics much more accessible.

A Brief History of the 3M™ Littman Stethoscopes

The use of stethoscopes has been there since the 18th century. One of the first stethoscopes was created by Rene Laennec, a French physician. It was made out of wood and a small opening to funnel monaural sound; In 1843, the first stethoscope, used in both ears (binaural), was invented. It was adjusted and was now using a chest piece made of ebony, and wired tubings, and covered with silk.

Being a cardiologist, he knew how important having a great quality stethoscope is. What is now known as the two-sided stethoscope was his dream of a perfect stethoscope. Some of the features he wanted in the stethoscope include :

The cardiologist, Dr. Littmann, went on to open a company in Cambridge, Massachusetts, known as Cardiosonice. Two stethoscopes were produced, the doctors and nurses stethoscopes. In 1967, 3M became interested in the company and acquired it because of the Littmann stethoscope’s acoustic quality.

Dr. Littman still maintained a position in the company as an advisor. This acquisition brought about a revolution in the stethoscopes that would be produced in the future.

The company grew at an accelerated rate. In the first ten years, there were ten different models available. The tubing length changed to 22″-28″, and the color was gray and black. The 3M™ Littmann Cardiology stethoscope was introduced in the 1970s. The designing process of the stethoscope involved 50 of the world’s top cardiologists. Some unique features included soft ear tips, dual lumen, and a more resounding bell.

The development of 3M™ Littmann stethoscopes has advanced a lot more since the first stethoscope, and the company is now using electronic sound amplification. The models have made it easier to listen to low heart and lung sounds.

Why are these Stethoscopes so good?

The digital 3M™ Littmann’s stethoscopes not only offer the best precision when it comes to sound quality but they’re also instrumental in cardiology. They are used to do screenings. Turbulent blood flow becomes apparent through intracoronary murmurs. The 3M™ Littmann stethoscope‘s technological advancements have given it the ability to detect heart murmurs, unlike other stethoscopes effectively.

Doctors need to appreciate patients’ cardiac sounds for them to be able to come up with an accurate diagnosis. Auscultation done through a stethoscope helps with adjusting, diagnosing, as well as managing patient care. The doctor can listen to your lungs with it to check whether there is any congestion.

If there are any abnormal heart sounds that might be a possible cause of heart failure, the stethoscope can detect them. A diagnosis of heart failure needs to be done before a doctor can develop the final results. It helps detect whether other health factors are involved, including coronary artery disease and high blood pressure.

The Littmann cardiology stethoscopes are very efficient. They contain several features that make them stand out, including:

What are the Services offered by 3M™ Littmann

All 3M™ Littmann stethoscopes come with at least two years of warranty. The buying date determines the start of the warranty period. When there’s no receipt available, then the item’s manufacturing date is used as the warranty’s start date.

Repairs are done for free if any damages occur to the material or functionality within the warranty period. Here is what you can expect when you return the stethoscope to 3M. If it’s a case of accidental damage, it automatically leads to the warranty documentation.

The innovation behind 3M™ Littmann’s Stethoscopes

Innovation is at the core of the company. They’re offering modern solutions to critical issues by helping with the diagnosis. It has gone from producing conventional stethoscopes to digital ones that increase efficiency.

The medical industry has been interacting more and collaborating with other companies. They help in dealing with the rising demands of the industry. Eko is one of the companies that Littman chose to partner with since it has more advanced digital innovations.

One of their recent innovations from the partnership is the 3M™ Littmann Core digital stethoscope. It works by connecting with Eko software to enable doctors to listen, have a visual diagnosis, and save the results to later share with other medical professionals. With the stethoscope, doctors can get access to both analog and digital auscultation.

Doctors can also detect heart murmurs and interpret sound better by using the digital and analog options in the stethoscopes connected to AI and Eko’s software.