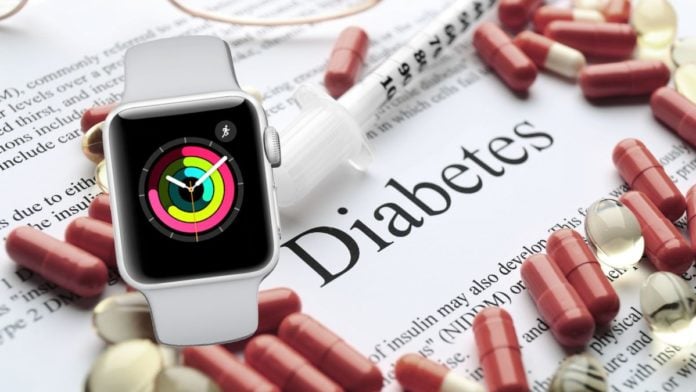 Over the years, Apple has consistently been designing awe-inspiring products that have revolutionized our civilization. One of these technological marvels is known as the Apple Watch. When first launched, it was only for viewing and responding to notifications quickly.

The health credentials on the smartwatch have been steadily getting better. Measuring blood sugar levels is seen as the grail for numerous smartwatch and MedTech companies…Apple included.

They started with an ECG sensor for tracking the heart rate, blood oxygen monitor, and now the Apple Watch Series 7 is rumored to have blood glucose monitoring. This feature will be highly beneficial to diabetics since it will alert them when their blood sugar levels drop to levels that might be dangerous.

According to estimations by the American Diabetes Association, more than 10% of America’s population has diabetes, and for those who are undiagnosed are over 26 million. The watch will use a non-invasive optical sensor to monitor blood sugar levels. The sensor monitors through the skin, and therefore without the need for finger pricking.

In hospital settings, measuring blood glucose levels typically involves drinking a drink containing glucose to draw blood and measure blood sugar levels. With the ability to monitor the lack of stability in the increase and decrease of blood glucose levels, users will have the chance of improving their diets.

Apple has allegedly acquired patents for technology related to blood glucose levels; hence it’s said to be “focusing on securing reliability and stability before commercializing the technology.” According to rumors, it seems the Apple watch glucose monitor has been something the company has been considering for a while. A team of biomedical engineers, as well as consultants, was created by Apple in 2017. It was meant to work exclusively on non-invasive sensors for blood sugar level monitoring.

CEO Tim Cook was allegedly seen with a prototype glucose monitor that was connected to his Apple watch. However, just like the ECG feature on Apple watches, the Apple watch glucose monitor must pass inspection with the United States Food and Drug Association (FDA) and international correspondents before being used anywhere. He mentioned that Apple would be careful with adding medical components to the watch initially in development. This is because FDA approval could interfere with innovation.

Initially, Tim Cook also said he did not want to put the watch through the FDA approval process. The lengthy approval cycle of the authorities carrying the risk of holding them back from adding more innovations. Nonetheless, he changed his mind and introduced the ECG feature in 2018 due to their customers’ demands.

Another Apple event that was announced is the Apple April 20 event. One device you should look forward to is the iPad Pro 2021, among others. In addition, the event’s title, the “Spring Loaded Event,” will introduce different products that will be launched, including a new Apple TV, iMac, Airbags, and maybe Airpods 3.

Rockley “Clinic on the Wrist” as a potential game changer

Rockley Photonics has recently revealed its new chip based on infrared (IR) spectrophotometers technology. According to the company, the sensor detects a much wider range of biomarkers, including core temperature, alcohol, and glucose.

The sensor relies on technology previously found only in bench-top equipment. Many of the modern wearable consumer electronics that monitor your heart rate use green LEDs. Rockley’s IR sensors use non-invasive technology to measure the fluid underneath the skin, allowing for analyzing body constituents and physical phenomena.

When considering that Rockley is one of Apple’s main sensors suppliers, it is easy to speculate that this new technology will at one point be part of the Apple Watch.

The launching of the Apple Watch Series 7 is said to happen in September 2021. However, it may be too soon to integrate a still not fully tested breakthrough technology. Unlike typical methods for measuring glucose levels, the Apple Watch will have a lot of advanced features. For example, the usual techniques only give a snapshot of glucose levels for the particular time the test is done. However, the sensor will be monitoring and alerting users 24/7.

That is one of the advantages. Another benefit is the process is less invasive. There won’t be any need for anyone to deal with the inconvenient process of adding blood to the optical sensor. This means there’ll be little need for special equipment.

More features expected from the watch include a faster S7 Apple silicon, 5G wireless, colors, and new bands. In addition, the S7 SiP (System in Package) might function faster than the previous S6 SiP on Apple Watch Series 6.

Also, there will be a mobile app on the app store available for iOS and Android devices. As the watch monitors your blood sugar levels, the glucose data and analytics it collects are shown on the app. This will make tracking blood sugar much easier and allow you to share the information with your doctor.

As technology continues to advance, there may be even more impressive health benefits provided by future Apple Watch models.

With the development of IR-based sensors, measuring glucose is getting closer to reality. The years to come will undoubtedly see innovation that will dramatically expand the clinical benefits of smartwatches and wearable sensors. Based on the quality and usefulness of current models, the future looks bright for both Apple and its very passionate fan base.