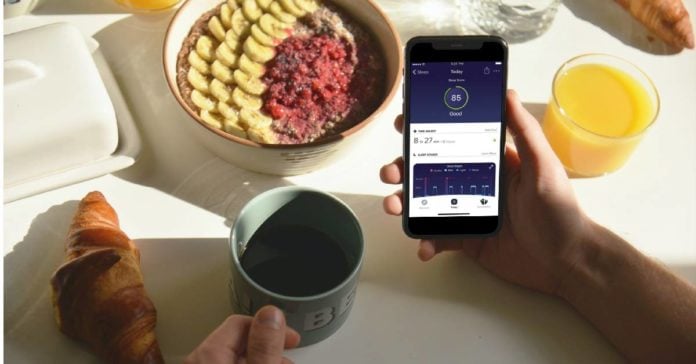 Smartwatches are now getting really smart and offer numerous features to track your vitals while active and at night while sleeping.

Fitbit Sleep Score is different from a simple analysis of sleep cycles based on the motion analysis. It makes the most of the Heart Rate monitor and blood oxygen sensor.

Introduced in 2019, the sleep score is now available for most of the Fitbit range, including the Fitbit Luxe, Fitbit Versa, Versa 2, Versa Lite, Sense, Ionic, Charge 4, Inspire 2, and Fitbit Inspire HR.

It is somehow important to note that users recently complained about issues while collecting sleep score data, especially when using the Fitbit Charge 4. Fitbit acknowledged the issue and is working on fixing it. With no timeline being released, before considering buying a Fitbit Charge 4 for sleep tracking, we recommend that you check that the problems are solved, and a software update is available.

In this article, we will go through the Sleep Score app. and check how to make the most of the features that may well change the quality of your sleep. We spend one-third of our life sleeping, so our rest certainly deserves a smart sleep tracker.

Are you ready and fully awake? So, let’s check on how to enjoy a restful Zzz.

What is the Fitbit Sleep Score?

The Fitbit sleep tracker algorithm will combine several key sleep elements based on:

By scoring and combining the individual scores of the individual components, individuals will end up with a score from 0 to 100. Thus, most healthy sleepers will fall in the 70-80 mark range.

The overall sleep score divides into:

Users voiced their disappointment when Fitbit decided to make some of the sleep features part of their Premium package.

The Free App. still allows checking the Deep & REM sleep stages, but the analyses of sleep duration and sleeping heart rate & restlessness are part of the paid subscription.

How does Fitbit detect the sleep stages?

Every night, sleepers will go through four to six sleep stages divided into the previously described cycles: light, deep, and REM.

Each cycle will last nine minutes on average. Thus, the accuracy of the sleep tracking and sleep score is tightly lighted to the quality of detecting the cycles and stages. This is where the quality of the algorithms and sensors comes into play.

The Fitbit smartwatches and trackers will monitor the heart rate and extract the Heart Rate Variability (HRV). The HRV corresponds to the millisecond differences between two consecutive heartbeats.

The HRV will change during the different sleep cycles and, when combined with the movement detector sensors, will accurately detect the sleep stage.

What about the accuracy of Fitbit Sleep Detection algorithms?

In 2019, researchers in California and Texas conducted an extensive review of the literature to understand better the accuracy of the Fitbit smartwatches and wristbands.

Out of 3085 candidate articles, 22 were selected for further analysis. This meta-analysis concluded that the Fitbit sleep stage detection is accurate, especially for differentiating sleep and awakening episodes which is the less you can expect from a sleep tracking device.

Even though a fitness tracker or a smartwatch will not replace a Polysomnograph anytime soon, the researchers found the proprietary Fitbit algorithms “useful for the study of the 24-hour sleep-wake pattern and the determination of the duration, pattern, and quality of sleep.”

Can the Sleep Score provide insights on sleep apnea?

Some recent Fitbit models do include a SpO2 sensor meaning that the technology s ready to expand the capabilities of the Sleep Score and include the much-needed feature of sleep apnea detection and quantification.

Smartwatches are a complex mix of hardware, software, and algorithms that rely more on machine learning. The excellent point is that once the technology is validated, a simple software update is the only thing needed to add extra-functionalities.

Analysis of the blood oxygen variation

A Fitbit device is not a medical device and will never replace a polysomnograph, the Golden standard for sleep analysis, or a clinical blood oxygen analyzer. Yet, it somehow comes with a blood oxygen sensor that provides insightful data.

The new Fitbit models offer the possibility to track blood d oxygen variation occurring during the night. A high variation in oxygen saturation can be a sign that you experienced sleep apnea episodes.

There is no need to rush to the doctor if you experience only moderate variations. Still, in case your blood oxygen varies consistently every night, it may be a sign of sleep apnea and will justify talking about it with your doctor.

Will the sleep score help me improve my sleep?

One of the many benefits of the sleep score, primarily when benefitting from the Fitbit Premium membership, is that it is possible to make the most of the data to improve your sleep routine and wake up well-rested, ready for another day.

To improve the Sleep Score, Fitbit recommends to:

How to check my Sleep Score

Depending on the Fitbit model, accessing the Sleep Score can be slightly different, but the process is globally the same.

On the Fitbit app

On the watch or fitness tracker

The Fitbit smartwatches are well known for their quality and accuracy. The sleep data provided Sleep Score are insightful ways to get information about the sleep cycles, sleep habits and potentially identify and cure sleep disorders.

Sleep Tracking devices are easier to use than a sleep diary and go beyond a simple bedtime reminder. They allow identifying a potential breathing disturbance and stick to a sleep schedule that may well change the way you wake up in the morning.

If Wearable devices are the future of sleep analysis, the Fitbit Sleep Score is already part of it.

On top of that, Fitbit also allows users to download your sleep logs and share the raw data with your doctor or other sleep professional. A great way to reach your sleep goals!