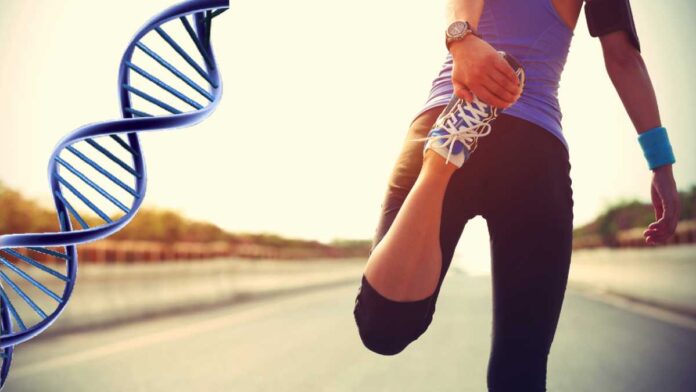 Pr. Eric Topol heads the Scripps Research Translational Institute and is undoubtedly the world-leading authority in all things related to Digital Health.

In 2019, he published an article stating his doubts regarding the benefits of DNA Fitness Testing. He believes such tests lack a scientific basis, proper test validation, and data use and ownership issues.

As people seek new methods to improve their health and fitness, at-home DNA testing is becoming increasingly popular. But are these tests safe and relevant when used to improve athletic performances or better understand the physical potential hidden in our genetic makeup?

This is what we will aim to answer in this article and provide you with a list of companies offering such Direct To Consumers (DTC) DNA kits.

What is the Scientific Consensus about DNA Fitness Tests?

A DNA Fitness Test is a comprehensive analysis of your genetic makeup to identify genes supposed to be involved in improving performances and minimizing the risks of injuries.

In 2015, a group of international specialists in genetics, exercise, sports performance, illness, injury, and antidoping met with the International Federation of Sports Medicine (FIMS) Scientific Commission for a conference to examine current information and share ideas.

They published a consensus article that raised numerous questions about the actual value of such tests.

Issues about the Scientific Rationale

Exercise and sport geneticists are especially concerned about DTC health-related tests designed at providing dietary and lifestyle recommendations based on a restricted genetic study, which are commonly referred to as ‘nutrigenetic’ testing.

The client is frequently urged to buy multivitamin and mineral supplements in this instance. But, according to the GAO investigation, the findings “promote the purchase of costly supplements, make unsubstantiated medical claims, and may even be dangerous.”

According to the conclusions of Pr. Topol: “Many DTC tests are based on studies that look at well-defined groups of people to investigate genetic trait variations, often small cohorts of great athletes in specialized sports. It is unknown how these findings will be applied to larger populations, and they must be confirmed before being used in commercial or therapeutic contexts.”

Over 150 genetic markers have been linked to athletic performance, but only a few have been reproduced in many scientific studies, which poses concern about the validity of the results.

Furthermore, each single linked SNP (or genetic variation) has a minimal impact size in proportion to the trait being studied, necessitating the inclusion of numerous SNPs to acquire an understanding of overall genetic contribution.

According to Webborn et al., 2015 “It is unwarranted for companies to sell DTC Genetic Testing based on a single variant. There is no evidence to claim they provide information on which personal exercise training or sport decisions can reasonably be made.”

Issues about the Tests Validation

Although tests validation is not often expected for entertainment or physical characteristic genetic testing, it should be employed when actionable and/or diagnostic information is provided to consumers, particularly in Direct To Consumer contexts where individual test restrictions may be unclear to the general public.

The fundamental nature of genetic information implies that it is familial.

It discloses information about people other than those who have consented to the test, which may directly affect other family members.

Furthermore, the hazards of genetic testing for talent identification may be psychological, social, and financial.

The psychological effects may include low self-esteem, social stigma, and career limitations in the case of sport choosing.

Independent investigations have discovered flaws with DTC laboratories’ quality control, with various findings being reported from samples from the same person.

If a firm ceases operations or is acquired by a third party, DTC companies must address concerns of consent, privacy, and data ownership more effectively.

What are the benefits of DNA Testing?

Even if the science underlying DTC genetic tests can appear controversial, a DNA test can somehow lead to positive behavioral changes, as assessed by Stewart et al. in 2018.

This meta-analysis, including 19 studies, showed that DNA test results obtained through nutrigenomics or fitness tests could be cost-effective as a health intervention as long as post-test counseling was offered.

It can somehow be different for the vitamins or supplements than can be offered due to the DNA analysis.

Several of the firms use their clients’ genetic test findings to offer other areas of their commercial activity for which they charge additional fees, such as training advice and, in particular, nutritional supplements.

The evidence to suggest combining detailed training guidance with nutritional supplements based on genetic data, on the other hand, is exceedingly poor.

Even if nutrition and fitness, when applied to genes, are still controversial topics and will probably be of little use to develop athletic ability, it does not mean that there is nothing to learn from these tests.

Some variants may affect endurance, and it can be interesting to know if your exercise plan should be more devoted to endurance or strength training. The answer will never be a black and white one. Genetic analyses are a matter of probabilities, and a DNA sample analysis will be one component of your workout or nutrition regimen.

With more than 100 companies offering DNA Fitness tests, it is also critical to make an informed decision and always work with reputable companies that abide by a clear code of ethics, do not over-promise, and clearly state their confidentiality rules when handling your DNA sample.

Genetic variations can become a gold mine for unscrupulous companies in a world ruled by big data and correlation. You certainly do not want your genome to become a commodity. We don’t!