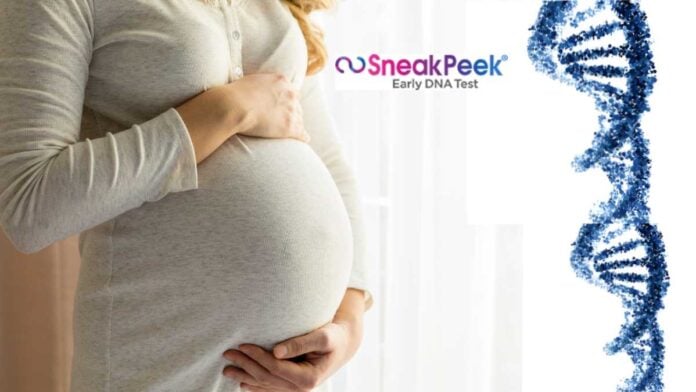 Our parent’s generation didn’t get the option of finding out the gender of their baby while they were still pregnant, instead of having to wait to hear “It’s a boy!” or “It’s a girl!” after a long, hard labor. And many people today still opt to keep their baby’s gender a surprise until after they give birth so that they can have that moment. The suspense is just too much for others, and they have to know beforehand! One option is to wait until your anatomy ultrasound, where the sonographer will be able to tell you the gender based on what they see on the screen, or you can find out the gender if you have your NIPT blood test done.

The NIPT blood test can be expensive if it isn’t offered to you, and you have to wait until 20 weeks for your ultrasound. However, if you want to find out the gender of your baby a little early, one company is giving you just that option. The Sneak Peek gender test looks for the male Y chromosome in a blood sample that you send them from home. If there is any present, you must have a boy (since women have two X chromosomes). You can take the test from as early as eight weeks.

What about the company?

The founder of Sneak Peak worked in pharmaceuticals as a whole-genome tester. When they realized that so many parents wanted to know the gender of their baby but that the types of tests being offered in a medical setting that would reveal the gender were so financially out of reach for most people, they decided to find a way to make gender testing more accessible.

By making the test as simple as possible and only looking for one marker – the Y chromosome – Sneak Peek could make the test affordable and accessible for everyone.

What about the tests?

One of the most magical facts about pregnancy is that you and your unborn baby share blood. Of course, everyone knows that your blood is passed onto the baby via the placenta, which is how they get their oxygen. But it is less well-known that your baby’s blood is passed into you. There is cell-free fetal DNA (cffDNA) in your bloodstream, so your baby literally becomes a part of you.

It is such a simple idea, which makes it so ingenious. Sneak Peek is testing for one thing and one thing only, so the process is fast, and it is far and away much cheaper than any other options for prenatal gender testing.

However, there is one downside to this, and it is the risk of contamination. If any male DNA gets mixed in with the blood sample you take at home; your results will show that you are having a boy. So that could be your husband, your son, or even your cat. So if there is any trace of them in your sample because you touched them or they touched anything that touched the sample that day, then you won’t get accurate results.

When you get your testing kit from Sneak Peek, they will give you clear instructions on how to avoid contamination. This includes sterilizing a flat area where you will be taking the test, scrubbing your hands and under your fingernails (they provide a fingernail brush for this), and keeping any male away from the kit completely.

The testing part is pretty easy. You are provided with a lancet and a tourniquet. You make one incision in your finger and use the tourniquet to help squeeze as much blood out as possible (it really, really helps to stay hydrated for this). You then place the sample tube into the collection bag and mail it back to Sneak Peek. The results are triple-checked in the lab, and Sneak Peek claims 99.9% accuracy (based on the sample prediction and the gender at birth).

If you’re worried about contaminating your sample at home, you can also get the Sneak Peek gender test done by a licensed phlebotomist in a medical office setting. My Forever DNA, for example, acts as an affiliate for Sneak Peek and can give you the option of taking the test at their Omaha office. It’s a little more expensive than the at-home Sneak Peek option, but not overly so, and the visit will take less than 15 minutes in total.

You can opt to have the results within 48 hours or pay a little extra to have them delivered in 24 hours. The risk of contamination with male DNA is far less with this option than if you were conducting the test at home. Medical professionals will use sterile equipment, and the blood draw will be taken directly from your vein and without the blood pooling on your skin, as it would when you squeeze it from your finger.

If you are worried about your results being inaccurate because of male DNA and you don’t live in Omaha, you may be able to find a medical office near you that works with Sneak Peek. However, if there isn’t one nearby, another option could be to ask your normal prenatal healthcare provider to give you an extra vial of your blood at your next appointment, which you can send to Sneak Peek directly. Some customers have reported success using this method, but it will depend on whether your healthcare provider is willing to do it for you. 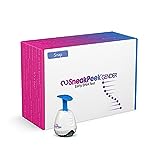 What do customers think?

From the Amazon review section for the Sneak Peek test kit, the average review was 4.4 out of 5, so overall it has a good reputation. on TrustPilot, the story is similar, with 3.9 out of 5 (“Great”).

As we mentioned earlier, the company does warn you about this issue. If even one male DNA cell gets into the sample by accident, you will be predicted to have a boy, even if you are actually carrying a girl. But what they maybe don’t emphasize enough is just how difficult it is to ensure that your sample is entirely uncontaminated.

Think about the sterile environment under which government, health, or forensic DNA testing is conducted. It is impossible to achieve that amount of sterility at home. And even in those sterile environments, they have processes to check for accidental contamination because it is so common. If you live with a male, even a male pet, it will be very for you to ensure that not a single cell from them ended up on you or the sample. However, as we have mentioned, there is an option to have your blood taken in a medical setting and sent to Sneak Peek to reduce the risk of this happening.

The company does offer refunds if they get your result wrong, but they won’t accept an ultrasound as proof, only a birth certificate. So you will be waiting a little while for your refund.

In terms of the good reviews, and there were a lot of 5-star reviews on both sites (78% on Amazon and 54% on TrustPilot), people appreciated how quick the process was, how easy it was to take the test, and how their results were presented to them.

Pros and cons of the Sneak Peek gender test

If your sample gets contaminated by male DNA, then the results will say you’re having a boy because that’s the logic that the testing is using. You can opt to have your blood taken in a medical setting to reduce the risk of this happening. Even so, it may be worth taking the results with just a pinch of salt and holding off on the gender reveal until you can confirm the gender test results at your ultrasound. 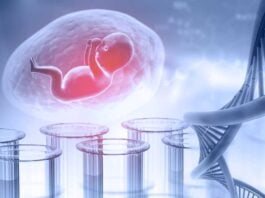 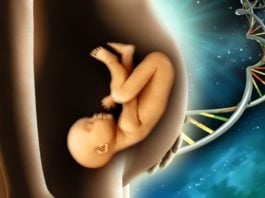 Can you take a DNA test while pregnant? [Solved]