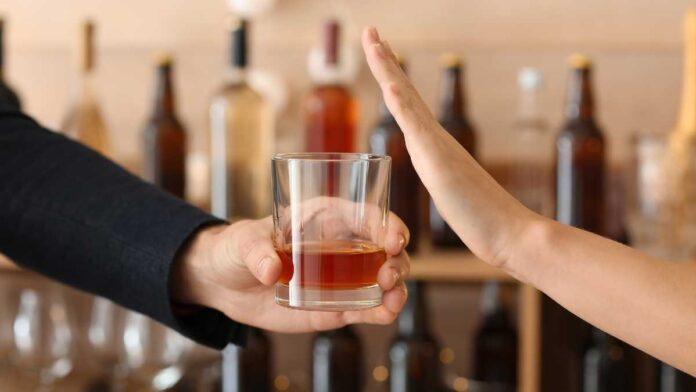 No one feels great after a heavy night of drinking alcohol, but what they are experiencing is more than the usual hangover for some people. Between 7% and 9% of the population have an alcohol intolerance (this percentage is much higher in people of East Asian descent) which means that they experience unpleasant side effects related to their body’s inability to clear itself of toxins after breaking down the alcohol.

Symptoms of alcohol intolerance include:

What are the different types of alcohol intolerance tests?

Alcohol intolerance tests come in different types focusing on either genetics or metabolism.

Alcohol intolerance is a genetic difference that is inherited from your parents. It is related to differences in the enzymes that are important for metabolizing alcohol. People who possess specific gene variants related to these enzymes cannot metabolize alcohol as efficiently, which can result in a build-up of toxic byproducts that cause the alcohol intolerance symptoms.

Sometimes the adverse side effects that people experience from drinking alcohol aren’t related to a genetic intolerance but are instead an allergic reaction to one of the ingredients found in the alcoholic beverage. This can be hops, grapes, or any other ingredient used in the process of making the drink.

A skin prick test can be used to determine if you are allergic to one of the ingredients found in alcoholic beverages. A tiny amount of the substance is pricked into your skin using a needle. If your skin reacts, for example, by creating a raised bump, redness, etc., this shows that your body is displaying an allergic reaction to the substance.

This is another test that isn’t looking specifically at alcohol intolerance but instead is uncovering an allergy to one of the ingredients in alcoholic beverages. When your body creates an allergic reaction to a substance, this includes an immune system response—specifically, the release of immunoglobulin E antibodies.

A blood sample is sent to a laboratory to test for allergy antibodies in reaction to the substances found in alcoholic beverages.

Only in recent years can the average person go ahead and buy themselves genetic testing for health conditions, so many people wonder if this sort of testing is legit. You can rest assured that the laboratory testing conducted on the DNA sample you send off to these companies is identical to the type of testing conducted on samples submitted by a medical professional. But what about the scientific reasoning behind this testing in the case of alcohol intolerance? Let’s take a look.

What is the scientific basis behind a DNA-based alcohol intolerance test?

As we have seen, out of the three types of tests available (genetic testing, skin testing, blood testing), genetic testing is the only one that looks explicitly at alcohol intolerance instead of an allergy to a substance found in alcoholic beverages. This distinction is essential because the symptoms and health implications are very different.

Metabolizing alcohol in your body is a two-step process that involves two different enzymes: alcohol dehydrogenase (ADH) and aldehyde dehydrogenase (ALDH). The first step in the process is when ADH breaks ethanol down into acetaldehyde, which is a toxic byproduct of alcohol metabolism. However, this isn’t an issue in most people because the second step is fast-acting. This is when ALDH breaks acetaldehyde down into acetate, a harmless substance that is quickly passed out of your body.

People with an alcohol intolerance have variations in the genes that control ADH and ALDH. Specifically, these are variations on the ADH1B/ADH1C and ALDH2 genes. These variations can result in two different processes that can interfere with how alcohol is metabolized. First, suppose your ALDH enzyme is released too slowly. In that case, this can result in a build-up of acetaldehyde in your blood and tissue, which results in the symptoms associated with alcohol intolerance. Second, if the release of ADH and ALDH is mistimed, there is a gap between the two reactions. This can also result in a build-up of acetaldehyde.

These genetic variations are far more common in people of East Asian descent compared to other ethnic backgrounds. The skin flushing associated with alcohol intolerance is sometimes nicknamed “Asian flush” or “Asian glow.” It is unknown why these genetic variations are so common among East Asian populations (as high as 90% in some areas). Still, it has been suggested that they are a form of natural selection that protects against alcoholism. In any case, if you are of East Asian descent, then you are far more likely to have this type of genetic alcohol intolerance, and DNA testing services can pick this up.

A few different DNA testing companies offer this type of genetic alcohol intolerance testing, and they are all based on the same scientific reasoning.

Their DNA-based alcohol intolerance test costs $149 and looks at mutations in both the ADH and ALDH genes that signify a genetic predisposition to alcohol intolerance, and they ship internationally. When you receive your kit, you take a sample of your DNA using a buccal swab, which you then ship back to Genovate using the enclosed return envelope. You will receive your results in your online account as soon as they are ready.

Lifebrain is an Italian laboratory specializing in health and wellness DNA-testing, and they have particular expertise in the food and environmental sectors.

Their DNA-based alcohol intolerance test is slightly different in that it also looks at alcohol sensitivity. In your test results, you will receive your genetic predisposition to alcohol intolerance based on the variations in the ADH and ALDH genes. You will also receive results that demonstrate how efficient your overall alcohol metabolism is. People who have a more efficient alcohol metabolism are less likely to feel the effects of alcohol as quickly, including the adverse hangover side effects.

You will receive your kit, including a dry buccal swab that you can use to take a sample of your DNA from your cheek that can then be sent back to Lifebrain for testing and analysis.

Genexdiagnostics is an international DNA-testing company that has a wide range of accreditations. They regularly work with healthcare providers, legal companies, government organizations, and the general public.

Their DNA-based alcohol intolerance test costs $149 and looks specifically at the gene variations associated with alcohol intolerance stemming from the ADH and ALDH genes. The kits can be sent to any country in the world, and, as with the other DNA-testing companies, taking a DNA sample involves a simple buccal swab inside your mouth.

Unfortunately, blood tests and skin prick tests cannot pick up this type of alcohol intolerance because they are focused on allergic reactions. Still, DNA testing can help identify whether you carry the gene variations that will make you intolerant to alcohol. These types of tests are offered by various companies and involve taking a buccal DNA sample that is then sent off to a laboratory for testing.

The tests are legit and based on sound scientific reasoning, so you will have a clear answer about your potential alcohol intolerance as soon as you receive your results.