Home Insights All you need to know about portable ultrasound machines 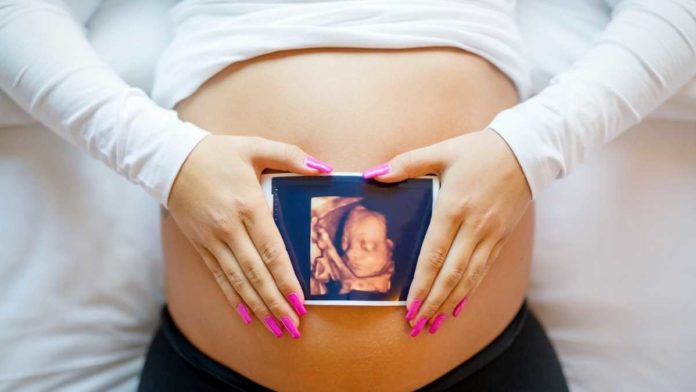 Pr Eric Topol, a renowned cardiologist and undeniably the pope of Digital Health, recently expressed his feelings about stethoscopes. To him, they were obsolete and no much than a pair “of rubber tubes.” In his views, Portable ultrasound devices, or Point of Care Ultrasound (POCUS), are the future. Even though electronic stethoscopes coupled to artificial intelligence algorithms may also be part of it, we could not agree more.

Handled ultrasound devices proved very useful during the Covid-19 pandemic to quickly detect lung damages. A medical device is only as good as its ability to be used extensively. With POCUS, there is no more need to disinfect a large ultrasound machine between each patient thoroughly, and simple disposable plastic sleeves covering the probe and tablet are enough to prevent contamination. Images are acquired rapidly and effectively to follow up the patients.

Full-scale ultrasound systems can easily cost more than $50,000 when handled in the $2,000 range. When considering all the benefits offered by Portable Ultrasound Devices connected to a smartphone or tablet, they may well soon be as common as stethoscopes. This article will analyze their advantages, limitations, and the current best ones available.

A brief history of ultrasound machines

In a nutshell, ultrasound machines are military SONAR (Sound Navigation and Ranging) applied to medicine.

We all know about Marie Curie’s research in the field of radioactivity in the late nineteenth century. Less known is that her husband Pierre Curie’s work was instrumental in developing the ultrasound machines technology.

In 1880, Pierre Curie and his brother – the whole family was full of geniuses – discovered that Quartz crystals could emit electrical signals when compressed. This discovery gave birth to the piezo-electric effect still used in echo sounding devices.

Like RFID chips, ultrasound technology saw significant progress due to the military’s need to identify planes during the Second World War. Initially used as a therapeutic tool, research on ultrasounds’ diagnostic potential started in the 1950s.

In 1956, The first commercial ultrasound device, the SSD-2, was produced in Japan by Aloka. Associated with a water bag, the SSD-2 was used for very rudimentary diagnosis in Obstetrical and Gynaecological.

In the 1960s, ultrasound technology dramatically improved and started to be widely used, leading to the first World Congress on Ultrasonic Diagnostics in medicine held in Vienna in 1969.

As electronic technology evolved and miniaturized, so did the ultrasound machines. Nowadays, there is no need to carry a water bag or be linked to that machine. Ultrasound machines are getting smart, offer high-quality 3D-images, and most of all are portable. All you need is a Bluetooth probe and a smartphone and tablet.

How do handled ultrasound devices compare to full-size ones?

In 2019, Enrico Maria Zardi et al., from the University of Rome compared the accuracy and performance of two sonographic machines that do not share many common points apart from the fact that the two are ultrasound devices. The Clarius E7 weighs less than 15.4 oz (437 g), fits comfortably in a lab coat’s pocket, and is priced at less than $5,000. The contender, the GE Logic E9, weighs more than 290 lbs(130 kg) with a price tag close to $60,000, including the options.

The fight did not appear to be fair, but the Italian team somehow compared the mean values of tendon thickness and cross-sectional area of the median nerve on 21 subjects using the two devices. They found no statistical differences. They concluded that the handheld device’s images’ quality was good, and its use clinically applicable and feasible.

The team of Pr. Alexander Rykkje from the Department of Radiology, Copenhagen University Hospital went one step further in comparing the portable ultrasound machines with high-end ones. They conducted a meta-analysis of 16 articles and concluded that the portable systems’ accuracy and reliability depended on the clinical use. when limited to distinct clinical questions

For the detections of ascites and hydronephrosis, or when screening for abdominal aortic aneurysms and examining pleural cavities, handled ultrasound devices were as efficient as the high-end machines. Strong correlations were also found in obstetrics and gynecology. They somehow concluded that more research is needed for abdominal and pleural applications.

Portable Handled ultrasound as a $7.6 billion market by 2025

According to a report by Report Linker, the Global Portable Ultrasound Devices Market is expected to grow from $4.- billion in 2018 to $7,6 billion by the end of 2025. Mordor Intelligence associates this growth with increasing applications, improving technology, and the growing prevalence of chronic diseases.

Portable devices are attractive in developed countries to allow paramedics or critical care doctors to carry portable sonography despite the current well-established high-performance machine base. When coupled to the 5G network, handheld ultrasound images could be sent from the field by paramedics to ER before the patient’s arrival. Teleradiology could also benefit from such technology.

Below, we will present you five of the most well know handheld ultrasound device currently available on the market. No doubt that in the coming years new players will appear with innovative technologies and solution.

The GE V-Scan is not a newcomer on this market. It comes with 2 probes (linear and phased array) wired to the portable monitor. According to the excellent review done by Critical Care Northampton, this POCUS is one of the best.

The screen is comfortable enough for a phased array for cardiac, abdominal, and chest using the phased array probe and the linear probe for vascular access. The V-Scan is easy to use, delivers high-quality images, is highly portable. All of that for less than $4,000.

The Clarius is wireless and needs to be paired with a tablet or smartphone. The battery life lasts approximately 2 hours. Some have complained that the probe is a bit heavy, which impairs its portability.

Some users complained about the image quality.

The iViz is a wired device but is easily portable. The screen is accurate, and this POCUS comes with three probes and replace batteries. Controlled with a touchscreen interface, the iViz comes with a phased array, curvilinear and linear array probe.

Even though the iViz is a little bit more expensive than its competitor, the image quality and resolution delivered are on point.

The Butterfly iQ is considered one of the most portable ultrasound machines. Not only is the device robust, but it is also waterproof.

The interface is controlled directly from the iPad, tablet, or smartphone and easily switches between 18 preset modes. The software is considered easy to use and very complete by Critical Care Northhampton.

Economical at less than $2000, the only drawbacks are linked to the fact that the probe heats up easily and is a bit heavy.

The lumify design and weight offer very comfortable use. The system works with Android tablets, giving many choices but may be cumbersome for Apple aficionados. The battery allows from 2-5 hours of continuous scanning.

The app is well thought and easy to use. Cardiac imaging is especially compelling. The users can choose the probes they want to fit their needs better. These qualities come at a cost, as the starting price is north of $7,000 with one transducer and app.

Image optimization technologies and probes will continue to evolve. A wide range of users will probably make handled ultrasound devices as iconic as a stethoscope when thinking about healthcare. The future will tell.