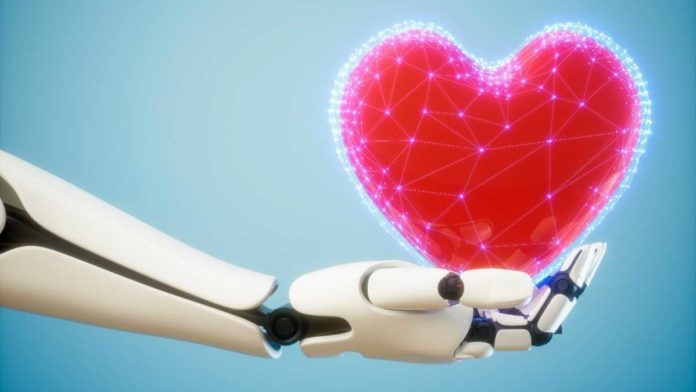 Medical robots are on a path to change healthcare. Recently, Edge Medical Robotics, a Chinese company founded just three years ago, announced the completion of a $92 million Series B funding round. The company relies on a world-class team of experts from MIT, Harvard, and The Imperial College to revolutionize laparoscopic surgery.

They will soon become ubiquitous components involved in the future delivery of healthcare.

What are surgical robots?

When thinking of robotics healthcare, the first field that comes to mind relates to robot-assisted surgery. The surgeon will remotely control the robotic arms and surgical instruments while looking at the surgical field through high-definition cameras.

Compared to traditional techniques, only a couple of incisions are made to allow the instruments, camera, and light to go through the abdomen. Laparoscopic or minimally invasive surgery dramatically reduces the complications, post-operative pain and leaves only small scars.

According to a study conducted by Dr. Sheetz et al. from the University of Michigan and published in JAPAN in January 2020, surgical robots accounted for 15.1% of the surgical procedures in 2018. A staggering increase when compared to 1.8% in 2012.

iData Research estimates that the number of robotic-assisted surgical procedures will more than triple and reach 3 million procedures by 2025.

The da Vinci System as the market leader

Intuitive Surgical was the first company to receive approval from the FDA back in 2000. It is estimated that 5,500 Da Vinci surgical systems are installed worldwide, with close to 3,000 in the United States.

As the leading company, the Da Vinci system has dramatically improved in the last twenty years and allows surgical procedures as diverse as cardiac, urologic, and pediatric surgery. UC Health estimates that 75% of the US’s prostate surgical procedures are performed using such a system.

Despite the domination of Intuitive Surgical robots, new players such as Vicarious Surgical are also developing new robots that could well erode the leader position.

What are Hospital robots?

Hospital robots are a different breed and aim at easing the life of nurses, doctors and ultimately provide better care to the patients. ABB, one of the leaders in robotic arms, recently implemented in Shanghai a robot to take care of hospitals’ drug dispensing, hence avoiding errors and improving efficiency.

These tireless assistants can perform multiple tasks from automatic disinfection of the rooms or corridors up to delivering medication and even transporting patients such as Robear, the Japanese stretcher-bearer.

Robear or the care-giver of the future

Robear is an interesting example of how Japan aims at using robots to compensate for the lack of carers and an ever-increasing aging population. Developed by the RIKEN-SRK Collaboration Center for Human-Interactive Robot Research, the robotic nurse include numerous sensors and actuators to allow him to lift patients from their bed.

This task may appear simple but is the major cause of lower back pain for carers who often lift patients more than 40 times a day. Robear performs his job diligently and without risks for the patients with its Smart Rubber capacitance-type tactile sensors.

Cyberdyne, a Japanese company, also developed exoskeletons that fit the waist and leg and automatically help lift heavy charges or patients. The device works like a wonder but is certainly designed for the slim Japanese morphology. To tell you everything, I tested the device, and it seems that my waistline was a bit too large for the device, and I really felt tight…

What are Therapeutics Robots?

The world is getting older by the day. In Japan only, 28.7% of the population is more than 65 years old. That’s close to 40 million people. According to a United Nations report, by 2050, one in four people living in Europe and North America will be over 65.

Japan is at the forefront of this aging crisis. New companion robots have been developed to assist in daily tasks and reduce isolation and depression for people who have dementia. The sky is the limit for the potential of these types of robots that have only one drawback: their price! They all range in the thousands of dollars range, but considering that the average pet household spends $500 annually, they may be considered a well worth long-term investment.

Paro doesn’t look very impressive at first. With its furry seal form factor, we expect more to see it in a toy shop than in a nursing home. But Paro has revolutionized the way depression is handled worldwide and was truly the first medically validated therapeutic robot. More than 1,700 units have been sold worldwide, mostly in care centers and nursing homes.

Paro is the brainchild of Dr. Takanori Shibata and was specifically designed to ease anxieties for the elderly. The prototype is already 20 years old, and numerous versions have been developed since.

Each of them is more and more sophisticated. Paro is a seal for a good reason. Baby seals are considered “neutral” animals, have the same weight as a human baby, and immediately activate a bonding reaction.

Paro doesn’t talk but is full of sensors that will react to touch, making it a robot you want to cuddle. To date, more than 500 scientific studies proved the therapeutic effects of Paro to reduce pain, promote social interaction between patients and caregivers, and reduce anxiety.

Sony’s Aibo robot dog aims at providing company to isolated people in need of a presence. When used in Sony Group homes for senior citizens, the cute and smart robotic dogs brought joy and comfort to the residents, thus alleviating some of the burdens of isolation.

Aibo is playful, entertaining, and has been improved during the last 20 years. The first model was released in 1999. Aibo now comes with a fully programmable API and benefit from artificial intelligence algorithms.

It can recognize objects, play with its owner, and be potty trained. Specific Buddhist funeral rituals have even been defined in the case of irreparable malfunctions.

In an article published in January 2021, Dr. Krueger hypothesized that, in the age of social distancing we live in, robotic agents would become life-long companions of humans in the foreseeable future. Ethorobotics is a field of research that aims at studying the relationships between humans and robots. It is not often that a new scientific discipline with such potential emerges. We look forward to the discoveries that will bring us closer to topics that up to now were only the field of play of Sci-Fi writers.

Lovot is the latest in autonomous mobile robots. Kaname Hayashi initially worked on the famous Pepper that is ubiquitous in Japanese banks and cell phone stores. Groove X, the company he founded in 2015, has one goal: to create a robot that will only seek love.

Lovot was one of CES 2019 and 2020 highlights, and with more than $90 million in Venture Capital funding, the company is now selling its adorable and ingenious big eyes robots. Difficult not to want to grab one and cuddle it.

There is no doubt that robotic technologies are the future of healthcare. Will it be for helping during minimally invasive surgeries while providing numerous degrees of freedom to the surgeon and allowing him to perform humanely difficult movements. In hospitals, repetitive tasks such as disinfecting rooms, dispensing drugs, or helping patient care are also perfectly suited for robots.

Finally, therapeutic robots have a bright future ahead of them. In a world plagued by loneliness, clever cybernetic devices make most Artificial Intelligence provide companionship and joy to an aging world.