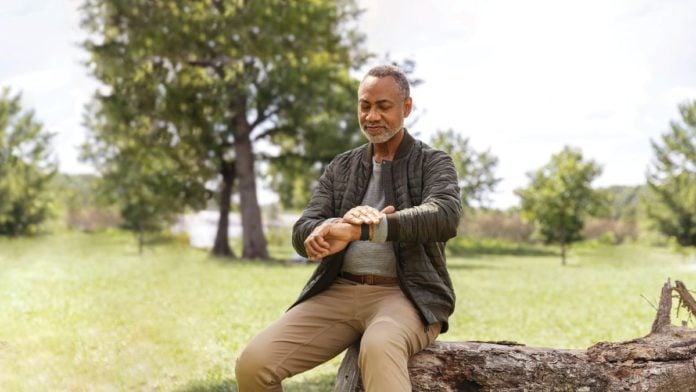 Fitbit Sense is the current company’s flagship smartwatch. It comes with numerous fitness and health tracking features. Among them, we can cite the possibilities to record skin temperature, detect stress (thanks to its Electro Dermal Activity sensor), record an ECG and measure the blood oxygen saturation.

With nearly half of the Americans suffering High Blood Pressure, having the possibility to monitor the systolic or diastolic blood pressure while on the go is an interesting feature. A handful of smartwatches offer it. Check our selection of what we think are the current best BP monitoring watches on the market. But what about Fitbit? Do they offer reliable blood pressure monitoring?

If you are in a hurry, the simple answer is No. But continue reading, and you will understand why it is not a definitive “No” but more a “Not yet.”

Pulse Arrival Time as a surrogate marker for Blood Pressure

Fitbit is now part of the Google empire, and things are moving fast. In a small 3 weeks internal study, the company found a correlation between Blood Pressure and Pulse Arrival Time or PAT for short. In a nutshell, after each heartbeat, it will take a bit of time for the blood to reach the watch positioned on the wrist. These milliseconds delays correspond to the PAT.

If clinically validated, this discovery could offer a lot of potential to numerous people who do not check their blood pressure regularly. Hence, they are not aware that they suffer from what is known as the “silent killer.”

According to Helten Yuen, Principal Scientist at Fitbit, “If high blood pressure was easier to measure, people could manage it earlier, which might help avoid preventable deaths from heart disease and stroke.” We could not agree more.

A larger study is on the way

Fitbit recently announced on the company blog that they intended to conduct a larger study. As a result, the eligible participants should receive a direct notification. Smartwatches carry a lot of potentials when it comes to large-scale studies.

Diversity is critical in such analyses, and by collecting data on millions of users, they can expand the measurements and speed up the analysis process. Fitbit aims at enrolling US-based 20+ people with various profiles.

Fitbit Sense includes numerous sensors. We already mentioned the EDA one for measuring stress, but the smartwatch also includes Pletysmophtography and others to measure the current circulating within the body during heartbeats.

No need for an inflatable cuff or a dedicated Blood Pressure sensor, the combination of different measurements can help unravel new medically relevant data. Even if Fitbit still does not offer Blood Pressure Tracking, we look forward to the ongoing study results and a potential update.

Numerous companies are eyeing the hypertension market. For example, Samsung released an update for the Galaxy Watch based on pulse wave analysis. In addition, Apple filed a patent for blood pressure monitoring using the sensors of the Apple Watch.

With Fitbit also entering the race, the future will undoubtedly be connected and safer for the many people suffering from hypertension.