Home Insights Future Is Cryosleep the path towards immortality? 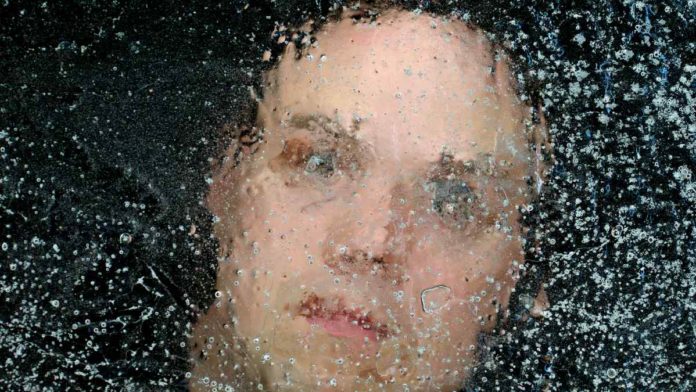 During their hibernation period, bears’ body temperature will reach 88 degrees Fahrenheit. That is 12 degrees Fahrenheit decrease from their average body temperature. Cryogenic sleep or suspended animation has been a long-time hope to preserve tissue and living organisms. Thus, putting yourself in a deep freeze suspended animation pod may be the path towards immortality and space exploration.

For Science-Fiction and anticipation writers, cryosleep is one of the key pillars to opening amazing plots and far-away stories. Without a prolonged period of hibernation, travel in space will be dramatically limited to nearby places. Thus, authors such as Carl Sagan favored the use of stargates or wormholes.

Even though the physic principles may appear sound, these deep-space anomalies are still theoretical, difficult to find, and even harder to comprehend fully. To add a sense of near-term realism to blockbusters movies, hibernation is the go-to mode of travel for the astronauts of the future.

We all remember Ripley waking up from her snow-white coffin in the famous Alien movies. Likewise, cryosleep was a critical part of the plot in movies like “Passengers,” during which an interstellar traveler found himself struggling with solitude after a malfunction of his cryopod woke him up fifty years before the rest of the space-ship crew. For script-writers, cryosleep is gold. But is it realistic?

In this article, we will review the current status of cryosleep. Has the dream already come true? What are the benefits promised by deep sleep at ultra-low temperatures? And, are the companies offering cryo-preservation technology on a path to change how we live and die?

What is cryogenic sleep?

The use of therapeutic hypothermia, or cryotherapy, is not new. More than two thousand years ago, the Egyptians, Romans, and Greeks already suggested lowering the body temperature to treat battle-induced trauma better. Even the great Hippocrates recommended covering soldiers’ wounds with ice or snow.

Following numerous advances during the 1950s, therapeutic hypothermia is now routinely used in cardiothoracic surgeries. In addition, clinical trials have validated the benefits of mild hypothermia for cerebral tissue preservation for patients suffering from strokes.

Wake me up when we arrive in fifty years!

Space is vast, immensely vast. Mars is just our next-door neighbor planet, and it will already take us close to one year and a half just for a round trip! Suspended animation is a convenient way to overcome the need for transporting vast quantities of food and supplies.

Being asleep while traveling throughout the stars also limits the psychological issues and tensions naturally arising when putting people in a closed environment for an extended period of time.

What are the benefits of cryogenic sleep for space travel?

Torpor is the state in which living organisms will decrease their metabolism process by up to 98% percent. Hence allowing them to limit their consumption of food during hibernation periods.

Using parenteral nutrition, astronauts will still be fed and should hopefully survive their long journey. In addition, torpor will bring additional benefits, such as decreasing the overall costs of space exploration. No need to worry about building a cozy space module when you only need a couple of beds.

Three approaches are currently being investigated to induce a hibernation-like state in humans:

Deep hypothermia has tremendous potential for reducing the metabolism and the oxygen needs of the cells but doesn’t come without challenges. Most of them carrying severe side effects.

What are the many challenges ahead of reaching the stars?

Even though moderate therapeutic hypothermia has proven successful up to 48 hours in adult patients, science is still far from being able to manage long-lasting cryosleep episodes.

In an article published in 2019 in the journal Physiology, Drs. Nordeen and Martin analyzed the physiological challenges to overcome for long-lasting suspended animation to become a reality. Unfortunately, we are still far from having the technology to protect the organs from most of the potential side effects.

For most organs and systems, prolonged hypothermia carries physiological challenges that will need to be overcome. Some of them include but are not limited to:

Even if torpor slows metabolic processes, it doesn’t stop them completely. Hence, astronauts will continue to age even though at a later degree. To stop time and cellular degradation, one of the solutions is to replace blood with a cell-protective anti-freeze agent and deepen the body in liquid nitrogen. Sounds scary, it is.

Some companies somehow aim to do just that. Will it be possible to wake up the courageous candidates from their freeze-induced suspension process and open the doors to immortality. Nobody knows!

What are the differences between torpor and cryogenic sleep?

Arctic ground squirrels are amazing mammals. During their 7 to month hibernation period, their body temperature will drop below freezing point, and their metabolism will be reduced by up to 98%. Evolution found clever ways to preserve them during their deep torpor episodes somehow. Cryogenic sleep goes one step further and halts metabolism completely, bringing the cells in a state of complete stasis.

Cryogenic sleep is the “final frontier” and a way to stop time. But, unfortunately, the cells in our organisms present a significant drawback when it comes to ultra-low temperatures. This is because they contain water, and water crystallizes. Thus expanding the volume of the cells results in a massive breakdown. We all forgot a beer bottle in the freezer and had to struggle to clean up the mess. Didn’t we?

The theoretical way-around is to remove the water from the organism and preserve it using a vitrification process to replace the aqueous cellular components with cryoprotectants. Does it sound scary? It is! But do not worry, you will already be dead. Legally, it is not allowed to deep freeze a living body which is quite reassuring.

In recent years, numerous companies or foundations have been offering the possibility to preserve your body or part of it, depending on your budget, at subfreezing temperatures. The ultimate goal is to limit, as much as possible, the degradation of the orgasm and wait for the scientists of the future to revive us. Of course, it can be considered an unrealistic bet, but as we mentioned before, we are already dead, so we do not have much to lose anyway.

As of 2014, approximately 250 bodies were cryogenically preserved among the four leading companies offering such services. Alcor, one of the most known foundations for preserving life, stores 146 bodies peacefully waiting under the extreme heat of the Arizona desert in their nitrogen coffin for science to wake them up.

KrioRus, a Russian company, offers the possibility not only to cryopreserve your body but can also store your DNA or even your favorite pet. Of course, it will cost you $10,000 for a cat, but the contract includes the revival process….at a later stage. The company also claims that they already preserved 80 people (in whole or part). Whole-body preservation starts at $36,000 or $18,000 for the head, making it a good deal for the hope to live forever.

The main drawback is that, as we pointed out, you legally need to be declared dead before the preservation process starts. However, considering that the cells begin to degrade soon after death, the whole cryopreservation should ideally be conducted within 15 minutes of the death, which appears difficult to achieve.

Cryosleep offers many benefits for future space travelers or people willing to cheat death in hopes of future revival. Science made tremendous progress in understanding hibernation, but we are still decades away from maintaining a human body in the state of torpor needed for interstellar exploration.

Cryogenic sleep is even more hypothetical. Companies and foundations offering eternal life insurance are still far away from being able to deliver a reliable way to preserve the body and mind in a scientifically meaningful way.

But, science has been progressing in giant leaps during the last decades, and betting on the possibility of a distant revival may make sense considering that the dreams of today may be the realities of tomorrow.