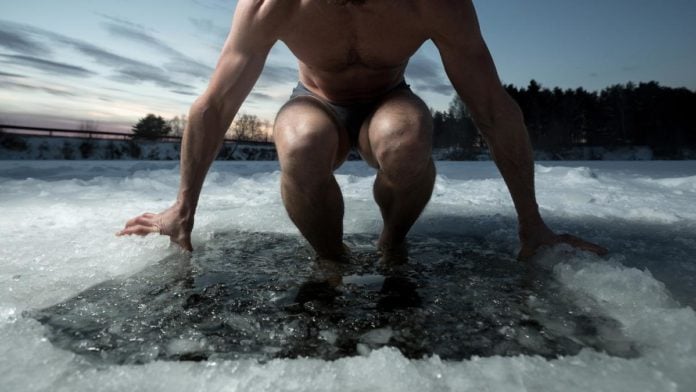 Cryotherapy comes in different flavors: local for cosmetic procedures or whole body, mainly for medical treatments. During Whole Body Cryotherapy treatments, people will enter a cryotherapy chamber for a couple of minutes. Then, using liquid nitrogen vapors, the temperature will be decreased as low as -300 degrees Fahrenheit.

Cryo slimming is getting trendy. Professional athletes and Hollywood celebrities such as Demi Moore or Jennifer Ariston have apparently succumbed to the extreme cold trend.

Does cryotherapy treatment have the potential to help lose weight and burn body fat? Is fat freezing safe? In this article, we will dive deep into the hard scientific facts that support the claims of the cryo weight loss programs.

How can cryotherapy help with weight management?

We all know that there are no magic pills to lose weight. If there were, I would certainly spend less time on a treadmill! The only way to become and stay slim is to burn more calories than you ingest.

Numerous devices such as smartwatches allow tracking calorie intake and daily consumption, but ultimately calories will have to be burnt before turning into fat cells.

This is one of the core principles behind cryotherapy weight loss.

Local fat freezing, also known as cryolipolisis or Coolsculpting, takes advantage of the fact that adipocytes, the cells containing fat, are more susceptible to damage from cold than other cells.

Using an applicator, the goal is to “freeze” the brown fat layer underneath the skin to temperatures in the range of 35 degrees Fahrenheit. The procedure will trigger a local inflammation followed by an influx of macrophages to remove the dead fat cells.

Cold therapy sessions usually last one hour and will cost you an average of $3,000 for the whole plan that will last a couple of months even though results may be visible just after a couple of weeks.

In a study conducted in 2018 and published in the Journal of Obesity, the adipocytes disruption theory was somehow challenged as no significant increase of inflammation biomarkers was detected in the blood. Instead, according to the results, cold-induced thermogenesis was at the center of the weight loss.

The benefits of cryolipolisis are that the procedure is local, painless, does not require an incision. In addition, the cells containing fat are permanently destroyed, leading to a reduction of Body Mass Index.

In a nutshell, coolsculpting is a less invasive technique than liposuction but has the potential to lead to similar results -at least for small fat bulges. In addition, being localized, the treatment is well suited for people willing to get rid of unwanted fat deposits.

On the downside, this cold exposure therapeutic approach is not recommended for people suffering from nerve or inflammatory disorders.

Even if the FDA approved this fat loss cryotherapy treatment, do not expect it to be covered by your regular Health Insurance plan.

Brown Adipose Tissue (BAT) regulates cold- and diet-induced thermogenesis. This type of fat tissue is especially abundant in rodents and newborns to help them survive cold environments. When stimulated by cold, BAT will contribute to an increase in energy consumption. Hence, leading to potential weight loss. Cold Induced Thermogenesis is what keeps mammals alive when exposed to freezing temperatures.

In mammals, exposure to cold will lead to “browning” of the white fat that will help the body’s thermoregulation, eventually leading to weight loss and better metabolic regulation, including increased sugar consumption.

In a nutshell, when exposed to cold, the body will use fat to produce energy to maintain its temperature and survive. This is the core principle that sustains using extreme cold to reach the set weight loss goals.

Aesthetic centers claim that a single session of Whole Body Cryotherapy can burn up to 800 calories in just 3 minutes. That is a lot of calories and equivalent to more than one hour of jogging at a moderate pace. Does it seem too good to be true? It is!

Nobody will deny that being exposed to cold will increase the energy consumption levels. Still, the main issue lies in the potential side effects of repeatedly staying in a liquid nitrogen fog.

Even though Science proved the short-term cryotherapy benefits for sports medicine-related injuries or rheumatoid arthritis, the consequences of repeated exposure to extreme cold still need to be investigated.

Losing weight and staying fit is a long journey. Cryotherapy may be seen as an attractive shortcut, but the real long-term benefits still need to be assessed by rigorous scientific studies.

Cryoliposis has the potential to get rid of localized stubborn fat. However, it is somehow considered an aesthetic procedure and should only be performed by qualified doctors.

Low temperatures treatments for either fat removal or weight loss are getting fashionable and be quickly become a costly trend. Still, we should always keep in mind that exposure to extreme cold is not a physiological act and consider them with the necessary caution.

How many cryotherapy sessions does it take to see results?

Without a good weight loss program, the results may never be seen. Considering that one pound of fat is equivalent to 3,500 calories, it will take four whole body cryotherapy sessions to lose one pound. Cryotherapy will induce a whole chain of physiological reactions and should not be considered lightly. One might argue that cryotherapy may be a trigger for better food habits and exercising more. Considered this way, a cryogenic chamber session may be a good start to lose weight.

How much does cryotherapy cost for weight loss cost?

Depending on the location, quality of the center, and associated services, cryotherapy sessions range from $50 to $150 on average. Losing weight relying only on extreme cold is not enough. Without changing your health and dietary habits, such an approach can cost thousands of dollars for a benefit that may not be long-lasting and will carry health risks.

When conducted by trained professionals, cryotherapy can be considered safe. However, pre-existing conditions such as recent myocardial infarction, high blood pressure, neurological disease, or diabetes strictly prohibit the use of whole-body cryotherapy. Always consult your doctor before starting such an approach to lose weight.