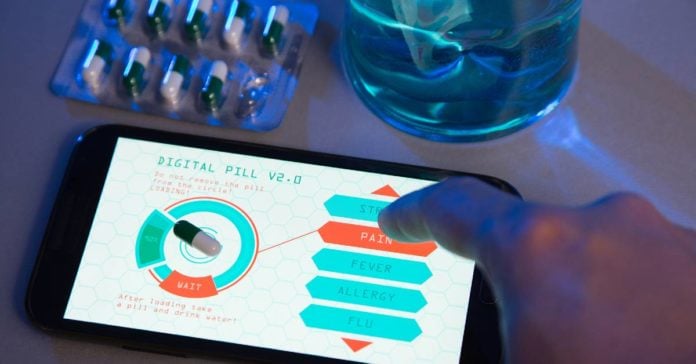 Did you know that half of the chronically ill patients do not adhere to their treatment? Yes, this is one out of two patients who will not take them despite being sick and prescribed the appropriate medicines.

Adherence for acute conditions is notoriously higher than for chronic ones. The issue is that chronic conditions account for 75% of the total healthcare costs. Hence the need to improve adherence and decrease the 125,000 yearly avoidable deaths that stain the system, as shown in a review article published a couple of years ago in the Annals of Internal Medicine.

In this article, we will go through the benefits and drawbacks of smart pill technology and why this promising approach did not yet reach its full potential and even left some promising companies bankrupt along the way.

Also, just to make it clear. Smart pills come in different flavors, if we may say. Some of them are capsules used for the GI tract that will transmit pictures of your inside. We will not mention this type of capsule below.

What are smart pills?

Smart pills will probably not make you smarter, but they will most definitely make you healthier. The smart pill market is estimated to reach $6.34 billion by 2026, making it very attractive.

A smart pill includes more than the medication itself. An edible electronic sensor is associated with it and transmits wireless data to a smartphone, patch, lanyard, or other receiving devices to keep track of medication adherence.

In theory, the products carry many benefits to ensure that the patients are compliant. However, practically, things are a little more complicated.

The FDA approved the first smart medication in 2017 for treating schizophrenic or bipolar disorders.

One of the main drawbacks relates to privacy. Checking if patients diligently took their pills will not make them more compliant. However, the technology is undoubtedly valuable for those who just forgot to take their medicine or do not remember if they already did.

For those just not willing to adhere, using a smart pill will not change their degree of willingness. The technology will be perceived as intrusive, resulting in patients refusing to adhere to the treatment regimen and sharing their compliance data with health professionals.

EtectRx as the current leader in smart adherence pills

Startups and Big Pharmaceuticals companies share a common interest in the smart pills market despite the numerous challenges.

Once the challenger is in a competitive field, the Florida-based EtectRx developed a standard gelatin capsule including a thin self-powered electronic component which, once ingested, will transmit a small electronic signal from within the patient’s stomach. The wireless signal is received by a portable reader that will register the ingestion and then synchronize via Bluetooth with the patient’s smartphone. Data are transmitted to the Cloud and can be accessed from the doctor dashboard to check compliance.

EtectRx already received clearance from the FDA for its technology back in 2019.

In addition, they recently announced a partnership with Pear Therapeutics to combine both companies’ know-how and expertise. The initial goal is to develop connected drugs for mental health disorders.

In May 2021, EtectRx initiated the “MyTPill” study among Among HIV+ Prescription Opioid Users. Patients will track their HIV medication adherence using the ID-Cap system for three months, followed by three months using an electronic pillbox. The results should allow to better understands the pros and cons of each adherence tracking method.

The rise and fall of Proteus Digital Health

Unfortunately, the story of Proteus Digital Health is the story of numerous biotechnology and digital health startups that rocket rise follows a meteoric fall.

Once valued at $1.5 billion, its assets were acquired in 2020 for $15 million by Otsuka Pharmaceuticals. A sad destiny for a company that raised over $420 million.

The first smart pill developed by the company aimed at helping schizophrenic patients take track of their treatment. The electronic component of the edible smart pill communicating with a patch once ingested.

Unfortunately, the technology was complex and expensive. For example, Abilify the compound used could be found for $500-$800 per month when the electronic version, Abilify MyCite, developed in collaboration with Otsuka Pharmaceutical, costs more than $1,800 per month.

Patients also have to wear a patch to collect the electronic signals generated by the ingested pill, making the combo expensive and not practical to use daily.

Digital Health technologies are complex and costly. They require the commitment of the whole chain from patients, to insurers, up to the doctors in charge of the prescription.

Finally, the last challenge Proteus had to face was linked to the product itself and the patient population. Schizophrenic patients are reluctant to be monitored. Using innovative pill technology on such patient groups was met with skepticism, sealing the fate of a company whose technology and ideals were sounds.

The failure of Proteus reminds us that a good idea does not always make a viable business model.

Lack of medication adherence costs lives and money. In addition, smart pills technology is now robust enough to allow effective tracking. But, despite its promises, the use of smart pills does not expand as much as initially predicted.

Technology carries a cost that ultimately has to be covered. Even if doctors are convinced of the importance of such technology to track adherence, patients are still not ready to pay for what can be considered an invasion of their privacy.

Less invasive approaches such as smart pills bottles may offer a cheaper alternative toward a world where you will not be able to hide anything from your doctor.