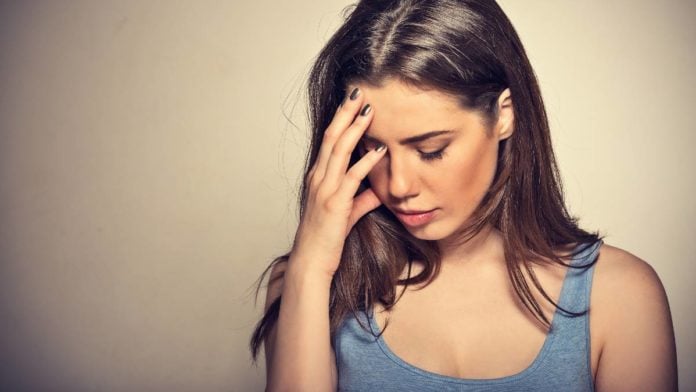 During the last decades, digital health and wearable technologies have made tremendous progress in helping check for vital signs and health-related metrics.

Smartwatches are more than simple step counters and can measure electrocardiograms, blood pressure, blood oxygen levels, detect stress, and help you cope with it through guided meditation and breathing exercises.

The Muse Headband is a different type of device. The device is the brainchild of InterAxon, a Canadian company founded in 2007 that already raised more than $30 million and aims at detecting the brain waves and helping users relax and reach mindfulness.

In this article, we will review the scientific basis of the Muse Brain sensing headband and check if collecting EEG data is a way to detect and cope with mental fatigue.

What is mental Fatigue?

Brain Fatigue, also called brain fog, is a state of mind that people may feel mentally and physically exhausted. We all experienced such a state of mind.

When the brain is tired, it will then become difficult to:

People suffering from it will experience:

Most of these mental exhaustion episodes will luckily be temporary. Still, if left untreated, they can become chronic and lead to depression episodes that severely impact the quality of life.

Mental fatigue can result from poor quality of life, such as lack of sleep, poor nutrition, or even medical treatments. Asking too much from your brain for long periods is also a factor contributing to a state which causes can be cognitive, physical or both.

Mental exhaustion is challenging to cope with and will also carry numerous negative consequences in daily life, such as:

Detecting the early signs of brain fatigue is critical to help people recover and make the necessary lifestyle adjustments. Analyzing the brain waves is a simple way to know where you stand regarding brain fog, and the Muse Headband may be the perfect device to check brain activities.

Researchers showed that the analysis of the Heart Rate Variability (HRV) through wearable devices helped detect perceived cognitive fatigue but could brain waves and the Muse Headband be even more informative? This is what we will aim at answering.

In a study published in 2020 in BMC Neurosciences, researchers recorded the subjects’ brain waves when being asked to perform mentally exhausting arithmetic tasks.

The results were clear. As we would have guessed from our years spent at school, performing mental arithmetic tasks was sufficient to induce mental exhaustion or at least tiredness in the subjects.

The brain emits five types of electrical signals that can be differentiated according to their frequencies. In addition, the intensity of the brain waves will be different depending on the mental states.

The electroencephalograms allow recording of the minuscule currents emitted by the brain. These currents can be divided into five primary waves, mainly found in the various states the mind can be in:

RELATED READING: The influence of mental fatigue on brain activity: Evidence from a systematic review with meta-analyses

Hence, an electrocardiogram is a powerful tool to detect the mind and assess cognitive fatigue. The remaining question is whether Golden Standard bulky EEG machines are a must-have to take a peek into the brain or if a readily available ECG headband is sufficient to provide insights.

What is the Muse Headband? 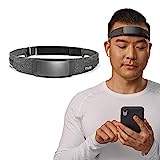 The latest Muse S device combines all you need to go through your mind’s activities and detect vital body signs.

The Muse Headband comes with a 10 hours rechargeable battery and connects via Bluetooth with your smartphone for practicing meditation through its dedicated meditation app.

The EEG data is transmitted to the muse app that acts as a proper control center to make the most of the sensors and provide real-time feedback on your state of mind.

The Muse Headband will, of course, not replace a clinical setting but is a reliable personal meditation assistant that helps assess brain performance and guide you through meditation practice.

The benefits of mRRG go beyond meditation, though. It opens a window into the brain to rapidly assess cognitive fatigue.

In 2021, the team of Pr. Trska, Director of the Theoretical and Applied Neuroscience Laboratory in Victoria, Canada, conducted a study in a large sample of 1,000 participants to define if the Muse Headband was sensitive and specific enough to record Event Related Potentials (ERPs) and measure EEG Power in response to mentally intensive tasks.

RELATED READING: What Is the Science Behind the Muse Headband?

One of their goals was to “provide further evidence that low-cost mEEG systems like the Muse are a viable and accurate means for measuring EEG features and ERP data.”

Using just an iPad and a Muse Headband, they found that they could measure statistically significant brain waves differences correlated with perceived cognitive fatigue. Hence, validating the benefits of mEEG devices such as the ones developed by InterAxon.

So far, we found that cognitive fatigue could be assessed by analyzing an electrocardiogram. Even reasonably priced mEEG devices such as the Muse were sufficient to detect brain signals and extract the level of brain fatigue.

The next step is to know that using the muse meditation app. was effective in improving the mental state of the users.

Muse Headband comes with the possibility to undergo a guided meditation session.

The results from various studies differ on this point. For example, a study conducted at the Mayo Clinic, Rochester, on patients with breast cancer showed that such a device and approach could improve the quality of life and reduce fatigue and stress at two weeks and three months after surgery.

Combining mEEG and mindfulness meditation is a new approach that needs to be considered with care. However, the technology is now robust enough to open new avenues for establishing protocols.

More specific studies are still needed to clearly define how to make the most of the Muse Headband. Still, its potential for improving mental states and reducing brain fatigue is not to be underestimated.