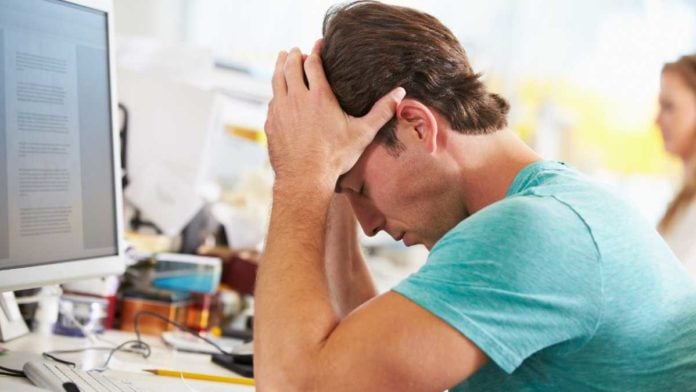 In 2020, Fitbit was the first wearable company to introduce a new sensor to the smartwatches world: The Electrodermal Activity sensor or EDA. In addition, the Fitbit Sense offers the possibility to measure the changes in the skin conductance and infers information about the stress level.

In this article, we will go through the potentials of measuring the electrical properties of the skin and what can be learned from skin conductance responses.

What does a change in Skin Conductivity mean?

The cells in our bodies contain multiple icons such as Chloride, Potassium, and Sodium, to cite a few. Electricity is a flow of ions and electrical charges making skin an ideal conductor. Yet, we all, at least I did, experienced an unpleasant electric shock when plugging an old or badly isolated electric cable.

Compared to metal, skin is a good isolator with an estimated resistance of about 100,000 ohms. Yet, somehow, when wet skin can effectively conduct electricity.

Sweat glands are the primary regulator of skin conductance response. By evaporating on the skin’s surface, sweat will regulate body temperature but is composed of 99 percent water and 1 percent salts. Thus, sweat is also a key regulator of skin resistance.

The analysis of the galvanic skin response will correlate with the sweat gland activity and, in turn, allows to peak at the nervous system sympathetic activity.

Nervous sweating is different from sweating when exercising. Even the sweet smell will be different. When sweating because of nervousness, the flow of hormones will prepare the body for a response. The heart rate, muscle tone, and arousal will increase, and the electrodermal response will change due to sweat.

In 2017, the team of Dr. Zangroniz from the University of Castilla-La Mancha in Spain developed a wearable capable of measuring the Electrodermal Activities of subjects subjected to stressful conditions.

The pictures from the International Affective Picture System (IAPS) database were used to trigger an emotional reaction. Fifty participants were subjected to a set of ten randomly selected images, and their galvanic skin response was recorded.

The results reached an overall accuracy ranging from 71% to 73%. In another study conducted in 2015 in Singapore, combining EDA, Heart Rate Variability, and skin temperature, the accuracy reached 91.2%, proving that the reliable measure of stress is complex and needs to be considered on a multifactorial basis.

How do smartwatches measure stress?

By taking advantage of their wide variety of sensors, Smartwatches also aim to detect stress levels and offer the tools to cope with modern life.

Electrodermal activities are somehow only available on the Fitbit Sense and Fitbit Charge 5.

The Fitbit EDA sensors work as standard galvanic skin response sensors. On the Fitbit Sense, it is necessary to cover the watch with the other hand to cover the electrode and record the changes in microcurrents necessary to get a reliable EDA measurement.

For the Fitbit Charge 5, the electrodes are on both sides of the trackers and should be touched to record the electrical signals.

While conducting a guided meditation or breathing session, the EDA sensor will detect the stress level and combine it with the heart rhythm at the beginning and end of the 3 mins session to assess the quality of the relaxation session and the overall state of the autonomic nervous system.

The results can be confusing but have to be seen as a way to reach a state of relaxation rather than as an instantaneous metric of your current state of mind.

The Fitbit Sense and Charge 5 will detect the human skin conductivity changes linked to the excretion of the sweat glands and emotional arousal.

When used in combination with relaxation or meditation sessions, the goal is to control your parasympathetic system and emotional arousal better.

It may take time, but with patience and persistence, measuring the electrodermal activity while breathing is a relevant marker of progress.

To data, even the latest Apple Watch Series 7 does not include skin conductance response electrodes.

Apple relies on another indicator to estimate stress and the Autonomic nervous System: the Heart Rate Variability (HRV).

The HRV corresponds to the time interval between two consecutive heartbeats and is under the control of the parasympathetic system.

Hence, HRV is also a relevant measure of the stress level. In a study conducted at Mt Sinai Hospital on 361 health care workers, the Apple Watch allowed determining that between April and September 2021, at the height of the pandemic, stress was at its maximum among healthcare workers.

The results and conclusions reported by the Apple Watch were consistent with the self-reported levels of stress among the study participants.

Even if this study was preliminary, the analysis of the HRV as collected by the Apple Watch is promising and stresses the point that such analysis carries informative value.

One of the weaknesses of analyzing the HRV is that this metric can be influenced by numerous external factors such as the lack of sleep or alcohol consumption and should be analyzed as a trend to bring maximum informative value.

Other wearables to check the electrical conductivity of the skin

Without getting into medical-grade devices, some companies offer wearables to measure skin conductance response.

They may not be as convenient as just wearing a smartwatch or fitness tracker but can be of interest if you are interested in discovering how the skin conductance can be an open window to the Autonomic Nervous System build a home-made lying detector.

The Mindfield eSense Skin Response is a compact sensor that uses two electrodes and the microphone input of the iPhone, iPad, iPod touch, or Android smartphone to detect the skin conductance.

According to some users, the Essense can go beyond checking the skin’s electrical resistance and can be used in Hypnotherapy to determine arousal levels or biofeedback levels.

Interestingly the Galvanometric Skin Response can be downloaded, making it an exciting device for researchers, students or yoga teachers.

In 2010, The Affectiva Q Sensor was one of the first wearable devices released to the public to measure the skin’s electrical conductivity and potentially quantify and reduce stress while using relaxation techniques.

In ten years, smartwatches have come a long way and include numerous sensors to record the HRV and skin conductance level to peak at the activity of the autonomic nervous system.

The skin conductivity is directly affected by the level of sweat. So checking the electrodermal response makes a lot of sense. We suspect that new stress detection sensors will become standard features for any wearable in the years to come.