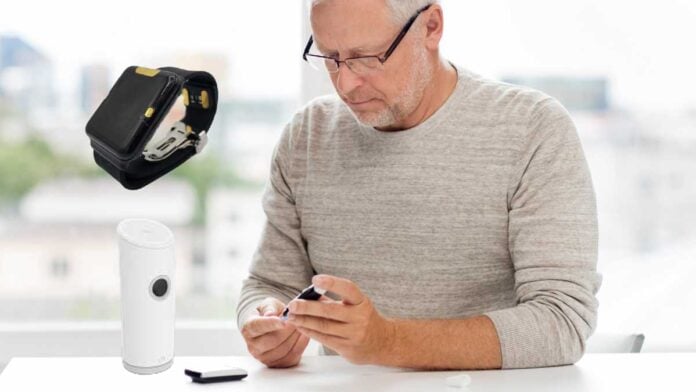 The world faces numerous pandemics and epidemics. Some we will know about and others that are silently spreading but are responsible for over one million premature deaths worldwide. Type 2 diabetes is one of those metabolic diseases that could be avoided but that now impact the life of one out of ten Americans.

Even though technology has evolved during recent years, monitoring blood sugar levels often requires finger pricking and test strips. Diabetes patients must prick their fingers one to seven times each day to monitor their blood sugar levels.

Pricking the fingertip numerous times each day for many years is not only inconvenient, but it also comes with negative consequences such as severe scarring and loss of sensibility.

During the last couple of years, many companies aimed to develop glucose monitoring devices without the need to collect blood samples. Continuous Glucose Monitoring allows inserting a probe for up to three months and collecting the data wirelessly to a smartphone. However, despite their benefits, one of the main ones for the patients, being the unnecessary needs for daily finger pricking, these devices somehow can still cause skin rashes and lack accuracy.

Even though their devices are still not available, they may change the lives of millions of people having to manage type 2 diabetes in a couple of years.

Light Touch Technology is based in Osaka and leverages solid-state technology to use laser beams, allowing the possibility of measuring blood sugar levels without blood.

Blood glucose levels can be checked in approximately 5 seconds without drawing blood. The device is not aimed only at diabetic patients but could also help measure blood glucose in healthy individuals, reducing medical expenditures.

In July 2021, the company announced their Series-A funding round, 120 million Yen or approximately USD 1 million. This investment will generate a prototype for mass manufacturing and expedite development for clinical trials and regulatory approval.

LTT aims at 2023 as the year their product will be available on the market.

During CES2022, the Tokyo-based Quantum Operations company presented a smartwatch prototype. Its patented spectrum sensing technology can assess glucose levels in someone’s bloodstream through their skin.

The unique spectrometer used by the company is engineered to emit an ideal spectrum and is highly responsive to target spectra. In addition, the revolutionary firmware effectively extracts focused data by eliminating noise.

Just as with the LTT device, Quantum Operations is still a prototype but carries a lot of potential for diabetes management.

Both of these companies are still at the prototype development stage but prove that the field of non-invasive glucose monitoring is evolving fast.

It may still take a couple of years to see these devices hit the pharmacy shelves. Still, with an increasing number of diabetics, blood sugar monitoring without finger pricks is on a path to becoming a reality soon. 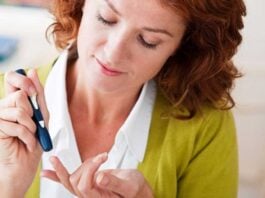 Best smartwatch for Diabetics for 2022 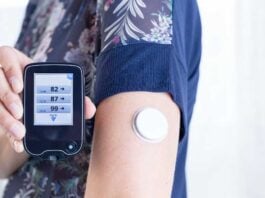 What are the pros and cons of continuous glucose monitoring? 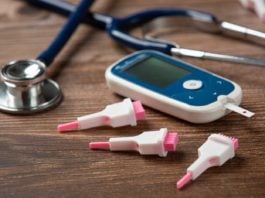