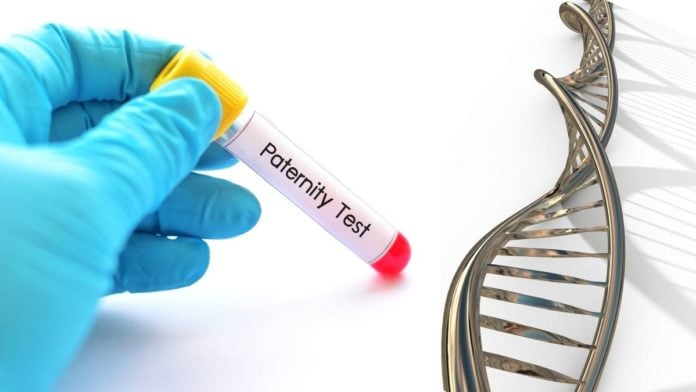 Around 300,000 paternity tests are carried out each year in the USA to determine whether or not a man is a biological father to a child. There are a variety of reasons why people choose to carry out a paternity test.

In some cases, the mother may be unsure about who has fathered the child. In other cases, the father may be nursing doubts. An at-home DNA paternity test can help parents have some peace of mind or find out the truth.

What is the science behind at-home DNA paternity tests?

DNA (deoxyribonucleic acid) is a long molecule that contains your unique genetic code. It consists of four basic building blocks/bases – A, C, G, and T. The DNA of each person contains a unique sequence (or order) of these bases along each DNA strand. This is known as your genotype – your own unique DNA sequence. Genotyping involves identifying the sequence of someone’s genotype, and it can be used to compare that genotype to another individual’s.

Each person inherits half of their genotype from their mother and a half from their father. Therefore, a paternity test compares the child’s genotype with the father’s genotype (with the mother’s sometimes included to help with identification). The most common method of doing this involves taking a DNA sample from the child and the father (usually using a cheek swab but sometimes a blood test) and then copying the DNA many, many times until there is enough of it for a full genotype.

The DNA is then cut into smaller pieces that correspond with specific genetic variants, and these pieces are placed onto microscopic probes that can identify which variant it is. This creates a banding pattern, and a child’s pattern of genetic variants can then be compared with their prospective father, and a percentage similarity can be determined. This corresponds to the probability that the child and the prospective father are biologically related.

What is the process of an at-home DNA paternity test?

You can order your at-home DNA paternity test online or from a drug store. Once you have your pack, there will be instructions for collecting samples from the father and the child and the mother if you are testing her.

Once you have taken the samples as instructed, you will send them off to the company’s laboratory to be tested. Then you will receive your results in the post, and they will show the probability that the prospective father is the child’s biological father.

Apart from an at-home DNA paternity test, you can also order a paternity test at your doctor’s office, or one can be court-mandated as part of a child custody case.

What are the three best companies offering such tests?

The market is flooded with numerous companies that claim to offer the ultimate genetic paternity test kit that can even be used during pregnancy. We advise caution before choosing a test kit. Not every at-home DNA paternity test is the same, and there are some key factors to consider when choosing which one to use.

What to consider when choosing a test?

MyForever DNA is a reputable paternity DNA testing company (Check on Amazon). A standard father-child paternity test costs $129, and this includes laboratory and shipping fees. They use 24 genetic markers to give results that are 99.99% accurate. You can expect to receive the results in 1-3 days, and they are both AABB and CAP (College of American Pathologists) accredited.

They offer split tests where the child testing kit and the father testing kit can be sent to different locations, even if they are located in different states.

Paternity Depot offers a standard rate of $69.99 for a father-child DNA paternity test. This includes both the test kit and the laboratory fees. You can expect to receive your results in 7-10 days or less. Their laboratory is accredited by the AABB, and they have professionals on hand for you to contact for guidance or advice.

All of their DNA paternity tests are run twice to ensure accuracy, and they also offer split testing for when the father and child are in different locations. Their tests are 99.99% accurate, and they are also able to conduct legally admissible tests, where a clear chain of custody can be established for the sample with legal witnesses.

The STK DNA test kit costs $99.99 (Check on Amazon), including lab fees. Your results will be posted online within 3-5 days, and you will later receive a hard copy in the post. Their laboratory is AABB accredited, and the results are up to 99.99% accurate. The process is streamlined to ensure that you receive your results as quickly as possible, and you can contact their customer service by phone for advice.

At-home DNA paternity tests, also known as “peace of mind tests,” are just that. They can give you the reassurance that someone is the biological father of a child, or they can discount potential biological fathers. The results aren’t admissible in court because there is no clear chain of custody, but a court DNA paternity test can later be ordered.

Can a father do a DNA test without the mother’s consent?

The legal father of a child does not need consent from the mother to perform a DNA test on their child. But consent would need to be obtained to use the mother’s DNA sample if it is required.

At-home DNA paternity tests are just as accurate as court-ordered tests. The samples are sent to the same laboratories and analyzed using the same techniques. The only difference is that the DNA sample is obtained at home instead of in the doctor’s office.

No, at-home DNA paternity tests are not legally enforceable. This is because they don’t have a clear custody chain for the sample, so there is no way to guarantee that it wasn’t tampered with or that the sample is from the person it claims to be from.

How do you tell if a child is yours without a DNA test?

A DNA test is the only accurate way of determining if a child is yours. In some cases, a child may have a blood type that is genetically incompatible with the father’s blood type, so that it is impossible that they are his child. But even if someone isn’t the father, they may still have a blood type compatible with the child, so this isn’t a foolproof method. Blood types can never confirm that someone is the father, but they can sometimes exclude someone from being the father. 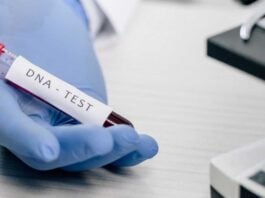 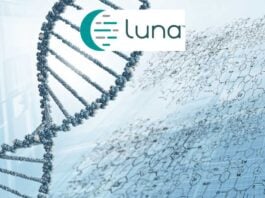 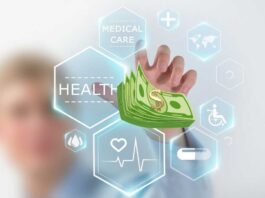 Record investment for Digital Health Startups in 2021: What does it...